The sprawling form of human industrial civilization has collapsed from the combined weight of it's social and ecological traumas. Many years have passed, and humans have survived in remote pockets, foraging and hunting for sustenance on the mangled earth.

Much was forgotten. But much was remembered! People became closer to the wild places, they remembered what it meant to live on the jagged edge of death and richness.

In the soft darkness of space, a ship arrived. Crystalline in structure and shimmering brightly in the far lancing rays of the sun, it drifts silently in orbit.

Somewhere, below, a young woman sits with her legs crossed next to a small fire. The woman's skin is leathery and rough, beads of sweat slipping down her face. The cold mountain winds whipping her hair towards the sky. The vast ocean of stars fills the night, it's depths reflected in the green eyes of her companion, a silky soft little jaguar, sprawled out with his head on her lap.

Her voice explodes through the night stretching into a sonic crescendo, soaring across valleys, slamming into peaks. Flames leap and singe the tall grasses laden with seed, coals splatter across the ground. Her companion purrs gently, his wet eyes clear as the night. 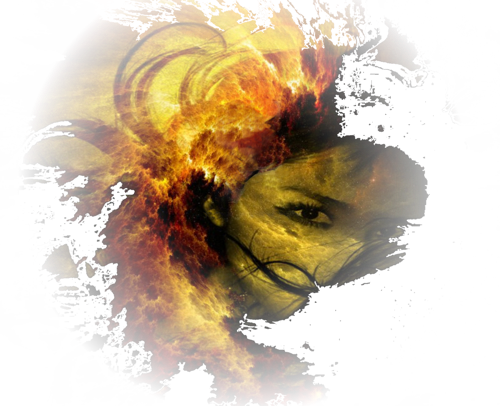 The little jaguar raises his head from the woman's lap, his emerald eyes lock with yours.

"They have arrived. Come, my friend, there is much to be done."